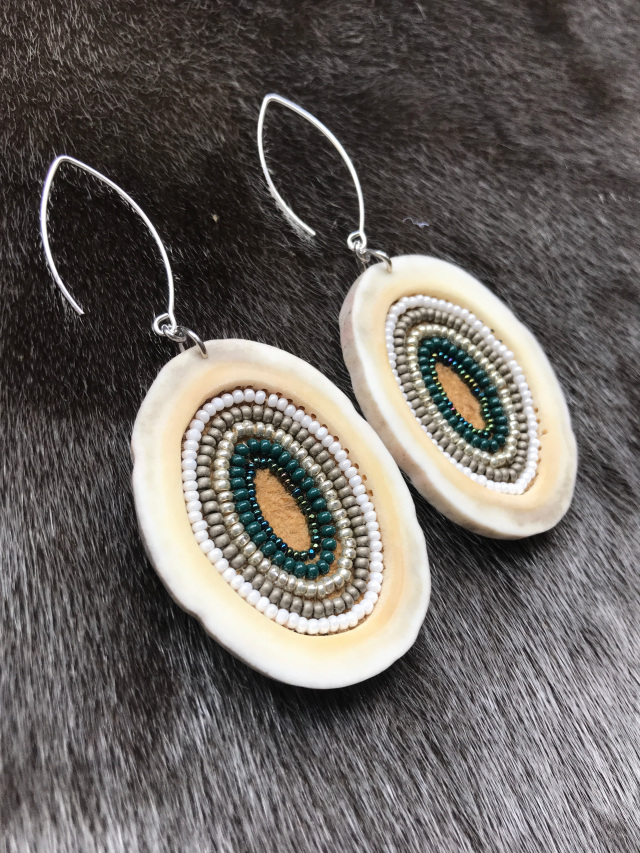 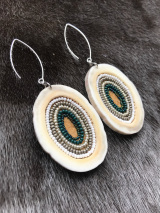 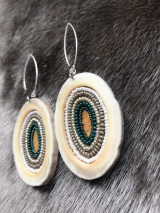 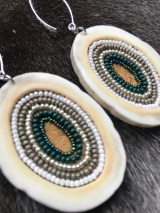 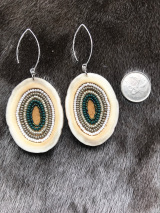 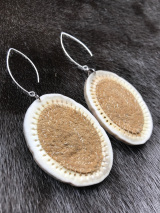 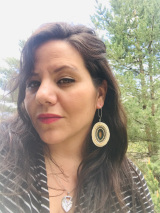 From the 'Tracks & Natural Borders' Collection.

Growing up in Yellowknife, any and all bodies of water(that have not been interfered with) freeze up in the winter, and it is often hard to tell where the shoreline starts after the ice is covered with snow, which lasts for many months. During my first winter living in BC, we walked along the Kootenay Lake and I was taken with the paradox of a sandy shoreline being met with banks of winter's snow.

I've been told the lake used to freeze over, but since the dams have been in place, it no longer does. Hence - Sand & Snow.

Moosehide stitched within; with Glass Beads stitched atop, one at a time.

Sold out
Add to Cart